The Enigma of David Berman

“The end of all wanting / is all I’ve been wanting.” These lines, typical of David Berman’s wit and humor, found him picking up right where he left off a decade earlier.

The publicity ramp up to the album, Purple Mountains, was startling for fans accustomed to nothing from him but silence. There were features, interviews, and an actual tour, set to begin on August 10th.

But on August 7th, David Berman, the indie rock icon, poet, and songwriter, was found dead in a Brooklyn apartment, an apparent suicide. He was 52 years old.

From 1992-2008, through six albums and various EP’s with his band the Silver Jews, Berman remained a conundrum. He seemed a reluctant traveler on his own career path. He shunned publicity, his band didn’t tour until 2005, and then only sporadically. Yet he would spill intimate details about his life. He was open about his problems with alcohol, his plunge into drug addiction, and a 2003 suicide attempt. And when he abruptly stepped away from music in 2009, he left his fans shell-shocked and hungry for answers. Born in Virginia, Berman went to high school in Addison, Texas. He formed the Silver Jews with University of Virginia college friends Stephen Malkmus and Bob Nastanovich (whose other venture, Pavement, proved to be much more in sync with 90’s slackerdom. Berman came up with the title for their debut, Slanted and Enchanted). After two messy DIY Silver Jews EP’s, Berman went to Amherst for his masters. It was there he assembled the material for the band’s first album, 1994’s Starlite Walker. He would also log some below-the-radar time as an Austin resident in the mid-90’s.

Though the lineup for the Silver Jews constantly shifted, their recordings remained consistent. The music could best be described as a kind of fractured electric country – loose, shambolic, with Berman’s deep vocals always sounding like he almost forgot to record them. There were no real melodies to speak of.

Instead, there was this:

“Moments can be monuments to you.”

Sharing similar world views, Berman was mentioned alongside Townes Van Zandt, but he wasn’t that inward-looking. Though both he and his fans might have balked at the comparison, Berman resembled, lyrically at least, a Gen X version of Randy Newman or Leonard Cohen: the same affinity for flawed characters, and the same knack of finding humor in the darkest of corners. In his songs, eccentrics tried to weather life’s many setbacks. Often, they failed, other times they found reasons for hope. And there were the rare moments of unbridled joy. “Punks In The Beerlights”’ discarded couple screaming “I love you to the max!” “People” unearthing mundane pleasures of everyday city life – a rainbow from a garden hose, sparks from a low-hanging muffler, the way everyone gravitates towards one another. “It’s sunny and 75 / It feels so good be alive.”

He topped Jimmie Dale Gilmore’s yin/yang ode with a “Dallas” of his own: “O Dallas you shine with an evil light / don’t you know that God stays up all night? / And how’d you turn a billion steers / into buildings made of mirrors / And why am I drawn to you tonight?”

Words fussed over, the kind that makes disaffected English majors giddy. And they adored Berman. Even his 1999 book of poetry, Actual Air, became a minor hit. 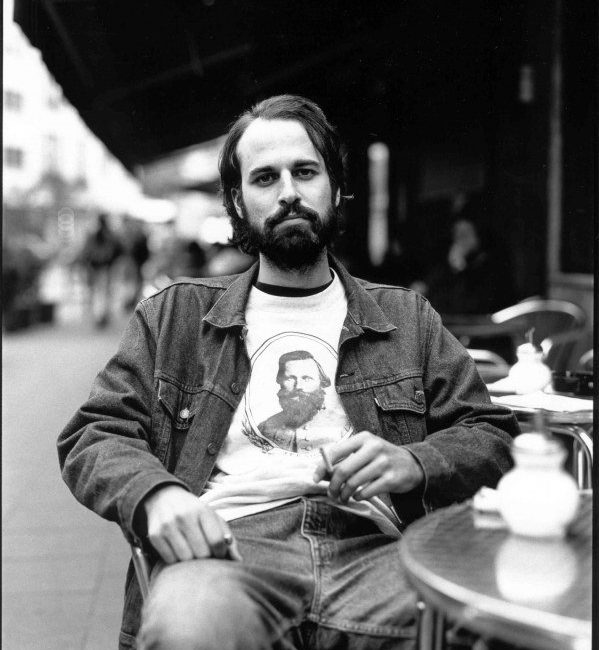 Berman didn’t believe any of it. “I’m not convinced I have fans,” he told a recent interviewer. As a cult artist emerging from ten years of self-imposed exile, he seemed to struggle to find his new place in the world.

2009 marked one of Berman’s upbeat periods. He was sober, happily married, finding a renewed interest in his faith. He had just released an almost sunny set of songs, Lookout Mountain, Lookout Sea. So his retirement announcement came without warning. At first, it seemed like a characteristic put-on. “If I continue to record,” he wrote, “I might accidentally write the answer song to ‘Shiny Happy People’.”

It got stranger. Berman revealed his father to be Rick Berman, the zealous lobbyist for tobacco, soft drinks and union busting, once profiled by 60 Minutes and given the nickname “Dr. Evil.” “My father is a despicable man,” he wrote. “I decided that the SJs were too small a force to come close to undoing a millionth of all the harm he has caused. I’ve always hid this terrible shame from you.”

No one was sure what to make of this, but true to his word, the music came to a stop. Berman simply went away, and the ensuing silence made his cultivated myth grow even larger.

Only many years later, following a serendipitous email exchange with the Brooklyn band Woods, did the new Purple Mountains sessions begin. When word began to leak out that David Berman was back with a new album, there was palpable excitement. On first listen, Purple Mountains seemed more musically focused, Berman’s vocals more urgent. But the anticipation obscured troubling signs. In the layoff, Berman’s long marriage had ended. His mother had passed away. There were rumors of mounting credit card debt.

And there were the songs – “Maybe I’m The Only One for Me,” “Darkness and Cold,” “All My Happiness Is Gone,” “I Loved Being My Mother’s Son.” While unmistakably his work, they were visceral, the hurt raw and on the surface. His strained faith in such a “subtle god” was impossible to miss. Berman’s ability to step outside his head and view life with a bemused detachment was always key to his appeal. Suddenly, he seemed surrounded.

And now he’s gone. The loss is tragic, and we are, once again, left with no answers. Only his words.

“I spent a decade playing chicken with oblivion / Day to day, I’m neck and neck with giving in.”