Alright Gen X’ers, get out those Fantasy Bucket Lists…Bon Jovi needs an opening act for their upcoming tour kicking-off next month, and they’re looking to their fans to fit the bill. The inspiration for the contest comes from Bon Jovi’s own legacy, being a no-name band in the early 80’s gaining exposure opening for major acts like ZZ Top, Kiss, and the Scorpions. “Every great band starts small and builds their rep one show at a time,” said Jon Bon Jovi in the band’s official announcement, “That’s the opportunity we were given, and now we want to pay it forward.” Full bands or solo acts can upload videos of themselves performing original music, and the contest promoters at Live Nation will select 10 finalists. From those 10, Bon Jovi’s management will pick the winners to perform 20-minute sets on the tour running tentatively from February 8-April 11th. 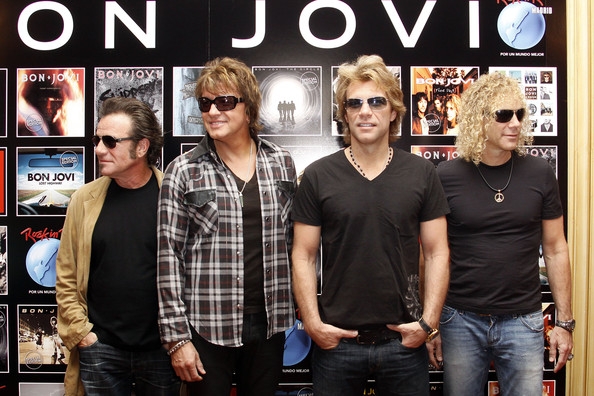 Korg has made two major announcements this week. After leaking several images last year, the electronic music instrument company confirmed a full-size reissue of its famed vintage ARP Odyssey synthesizer next month, which totes a reputation for being one of the best synths of the 1970’s. The new model will run as a limited edition and comes with all the bells and whistles of the 70s model, plus USB and MIDI connections to bring it up to speed with the 21st century. Korg also announced this week that it’s popular all-in-one iOS production studio, Korg Gadget, is coming to Mac. The software has been available on iPhone and iPad since 2014, and while the Mac version is inherently the same, it does have some added features. Users can access two new “gadgets” that allow audio recording and a new drum machine featuring 16 pads. Keeping in tandem with the iOS version, the Mac version comes Abelton Link-equipped and supports MIDI connections over Bluetooth. Korg has yet to announce a release date or price for the product.