It’s been well over two months since South Austin gem Strange Brew unexpectedly shut its doors after months of unpaid revenue to musicians and their own staff. Promises were teased about reopening Strange Brew’s doors within a few weeks, but here we sit in April, and it looks like another local business will get to enjoy the spoils of lost real estate. Hyde Park mainstay Quack’s 43rd Bakery is expanding South, having signed the lease for Strange Brew’s former residence on Monday. The new location, called Captain Quackenbush’s Coffeehouse and Bakery, is a nod to the business Captain Quackenbush’s Intergalactic Espresso and Dessert Company, the name of owner Art Silver’s first bakery that held residence on Guadalupe from 1983 to 1999. The new Quack’s location will serve alcohol, but even better, they’ll be using the adjacent space once known as Strange Brew’s Lounge Side as its own live music venue, to be called the Austin Soundroom. The Soundroom and Captain Quackenbush’s Coffeehouse and Bakery is set to open sometime this summer. 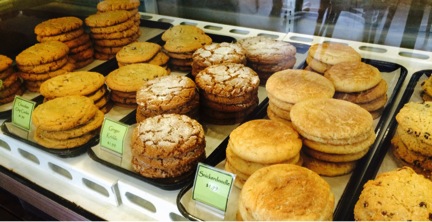 The shortlist has been announced for the annual Ivor Novello awards. Colloquially called the Ivorys, these awards proudly focus on British songwriting and composition, not artist popularity, record sales, or even the performer. Michael Kiwanuka and Laura Mvula are this year’s frontrunners; both are up for the Best Song Musically and Lyrically and the Best Album categories. The nominations are an especially bold feather in Mvula’s cap, who was unceremoniously dropped by her label Sony earlier this year. Her album the Dreaming Room and its song “Overcome,” featuring Chic’s Nile Rogers, are among this year’s nominations. Other shortlisters this year include composer Clint Mansell, Adele, and Nick Cave. The Ivor Novello winners will be announced on May 18th. Remembering Chuck Mosley, and a horde or rare Grateful Dead […]

Big Sean receives Detroit’s Key to the City and RIAA […]