Radiohead May Get Sued Over “Burn the Witch” Video

One of Radiohead’s newest videos may have them on the receiving end of a lawsuit. Radiohead have been accused of tarnishing the brand of Gordon Murray’s beloved British children’s television series Trumptonshire from the late 1960’s. Murray’s son-in-law William Mollett came out over the weekend stating that the video would be appalling to the show’s creator, now 95, who apparently has been spared the knowledge that the Radiohead video even exists. Apparently, the music video even features distinct characters form Trumptonshire. Mollett said that Radiohead should have sought their approval on the project, though they never would have consented to it. So far Radiohead has had no comment on the issue.

Legendary San Francisco Bay Area label Arhoolie Records has been acquired by the Smithsonian Institute. Totaling over 350 albums over five decades, founder Chris Strachwitz’s documented work of musicians on America’s folk, gospel, and blues fringes are being extensively cataloged and archived by the museum’s nonprofit record label Smithsonian Folkways Recordings. The Institute is committed to keeping the catalog as available to the public as possible, in whatever way necessary. Stratchwitz and Arhoolie Records were the subject of the 2014 documentary That Ain’t No Mouse Music and helped give rise to artists like Lightnin’ Hopkins and Flaco Jimenez. 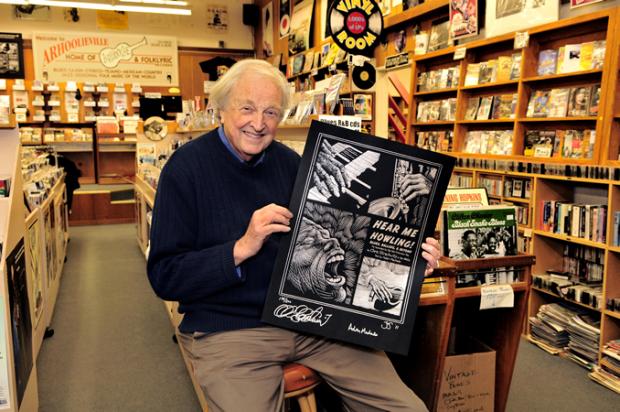 Get ready, Willie’s 4th of July picnic is staying in Austin, and returning to the Austin 360 Amphitheater with more than 20 acts. Among those joining Willie this year are Kris Kristofferson, Allison Krauss, Jamestown Revival, Ray Wylie Hubbard, David Allen Coe, Asleep at the Wheel, and young local favorites Shakey Graves and Margo Price. Tickets start at $39.50, and go on sale this Friday at 10 a.m.. A former D.C. heads to prison over a major concert […]

Word of a Stevie Nicks documentary at SXSW kicks the […]