Yesterday Rhino Records announced a vinyl reissue of four selections from the LCD Soundsystem vault later this month in anticipation of their upcoming 4th major studio album release. The catch about those reissues is that Rhino apparently didn’t tell LCD Soundsystem it was happening, much to the resentment of Murphy, who made a statement yesterday distancing the group from Rhino’s reissues, even going as far as to suggest fans “buy the records from DFA, like you have been able to for years.”

Historically, everything LCD Soundsystem has released has been through Murphy’s co-founded label DFA Records, though because EMI/Warner Music served as the worldwide distributor for many of those releases, Warner (and therefore its subsidiary Rhino) apparently still has some claim over part of the group’s catalog.

Murphy also called out Rhino’s press release mistakenly calling LCD Soundsystem a London-based group, joking that “that’s how serious everyone should take this reissue,” adding once again that the records have been available on vinyl through DFA for years. China, Bob Dylan, and potato chip bags. What? Okay, here’s the skinny. The Chinese translation of the collection Bob Dylan: The Lyrics (1961-2012) is finally ready to be published, but the country is doing it by way of a series potato chip bags. That’s right. The collection is being sold as eight separate volumes sealed inside of a potato chip bag (no there aren’t any chips in there), though non-bagged volumes are also available. And it doesn’t end there.

Hardcore enthusiasts can also purchase an official stand to display their bags and books and the first 5,000 purchasers received a Bob Dylan signature harmonica. Take a look at these bad Bob bags and all their bells and whistles here. 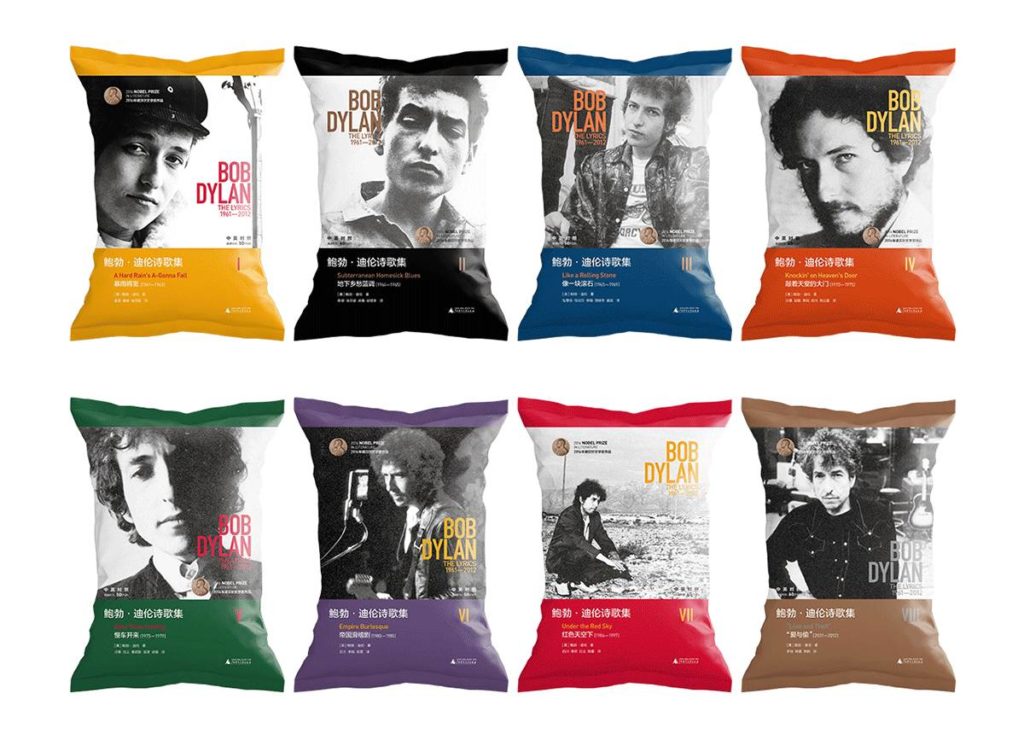