Frontman and songwriter Tyler Jordan doesn’t shy away from the political or the intensely personal.

Austin-based band Good Looks has been getting a lot of second looks from critics with its debut album, “Bummer Year.” Many Texans may recognize a lot of the stories as snapshots of life in Texas during what are challenging times, while touching on universal themes of friendships and relationships that don’t always turn out as planned.

With feelings mixed in of loss and what might have been, frontman and songwriter Tyler Jordan doesn’t shy away from the political or the intensely personal. In the title track “Bummer Year,” he reflects on growing apart from friends from high school.

“We don’t necessarily see eye-to-eye on a lot of things anymore,” Jordan said. “And so, yeah, that song’s kind of just about that group of friends and, you know, coming from a place of depression and being sad and longing for some of those kind of friendships that I used to have, and then trying to make sense of how different they are from me politically.”

Jordan said he tries hard not to think about what others are going to think when he’s writing, but it definitely works its way in there – especially as some of the album’s songs are directly written at folks.

“It’s kind of funny – one of the guys that that song ‘Bummer Year’ is about, he hadn’t heard it, and I was just nervous, so I reached out to him over Facebook and I was like, ‘Hey, this song is coming out; it’s kind of about you guys. I just wanted you to know that I loved you and that no offense was meant by some of those things,’” Jordan said.

“He was really sweet about it. He was like, ‘Oh, man, that’s really kind. And, hey, do you want to come to this crawfish boil when you guys are in town?’ And I was like, that’s so crazy. I think ultimately outside of politics, people are genuinely good. And I think, you know, a large portion of the working class has just kind of been misled. You just try to meet people where they’re at and kind of hope for the best.”

The album’s third track, “Balmorhea” gives a nod to “maybe my favorite place to go swimming in the whole, whole world,” Jordan says. “You can probably tell from the album that I talk a lot about swimming, and man, if you’ve never been to Balmorhea State Park, it’s one of the best places on the planet.”

In writing “Vision Boards,” Jordan recalls a time period of playing a lot of shows, feeling burned-out and trying to make sense of his own personal limitations and where those meet the system’s limitations.

“A lot of my friends are hippies, and they talk about manifesting and vision boards and how to get what you want kind of through this, you know, positive imagery. And I kind of felt like that was just like a positive spin on, you know, ideas like ‘you’re poor because you want to be,’” he said. “And ultimately, you know, I had to sort of come to terms with those two things. It’s like, yeah, I have some things that are holding me back personally, but also becoming successful in the music business is just an extremely challenging thing to do.”

Despite those challenges, Good Looks has made a splash with its debut album, receiving media attention from overseas and terrific reviews as KUTX’s May Artist of the Month and from Pitchfork, among others.

“We’re just so grateful for all the attention that we’ve gotten. And definitely it’s not lost on us that, you know, we’re singing the song ‘Vision Boards’ about how hard it is to make it in the music industry at the same time as we’re having like quite a bit of success,” Jordan said. “And that’s sort of ironic, but man, we’re just really thrilled.” 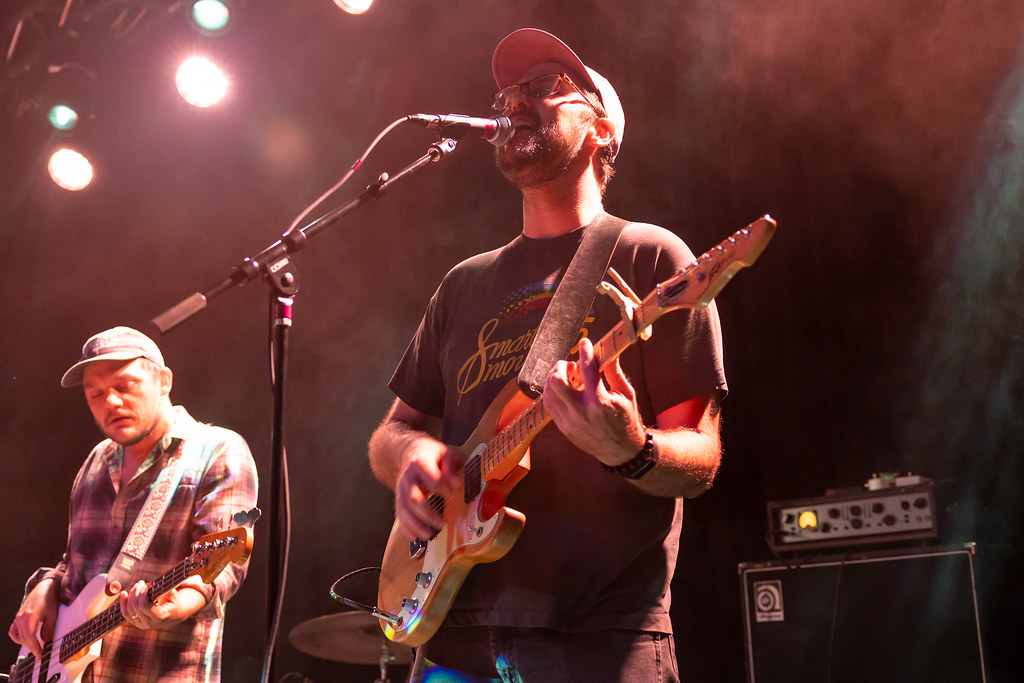