For over fifteen years Spare the Rock, Spoil the Child has been providing the soundtrack to thousands of childhoods around the country.  The show plays “indie music for indie kids,” including the best of music aimed at kids (like Dan Zanes, Moona Luna, Ella Jenkins, Pierce Freelon, Elizabeth Mitchell, Lunch Money, Caspar Babypants, and They Might Be Giants) right along side kid-friendly tracks from the likes of The Ramones, Mike Doughty, Ella Fitzgerald, Brian Eno, Pizzicato Five, Andrew Bird, Fishbone, and more.

Our home is, KUTX 98.9, but Spare the Rock is also available at PRX.org in a one-hour format in syndication for any radio station that wishes to air it, commercial or non-commercial, anywhere in the world.  We’re on the air now from Alaska to Virginia, on commercial and noncommercial stations. 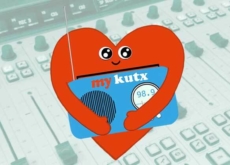 What’s Next With Jeff McCord

A wide array of the best new music, reissues, a featured classic album, and musical milestones. Music from around the World.