Another Morrissey tour, another string of cancelled shows, though this time around, Morrissey blames the tour’s management team, 360 Management. The first set of cancelled shows happened after Morrissey’s keyboardist Gustavo Mazur collapsed backstage before their Boulder, Colorado show, causing cancellations for half a dozen or so dates, including Dallas, San Antonio, and El Paso. Initially, Morrissey had planned on rescheduling the shows, but now alleges that 360 Management cut off the tour’s funding following Mazur’s collapse, claiming “there was apparently not even enough money to transport the touring party to the next scheduled city, and 360 Management faded out as quickly as they faded in.” The singer published a true Morrissey-esque statement about the affair to his official fansite True To You that read more like a love letter to his artistry rather than his fans, ending the letter with the enigmatic statement, “I will see you in extremely far-off places.” (CoS) 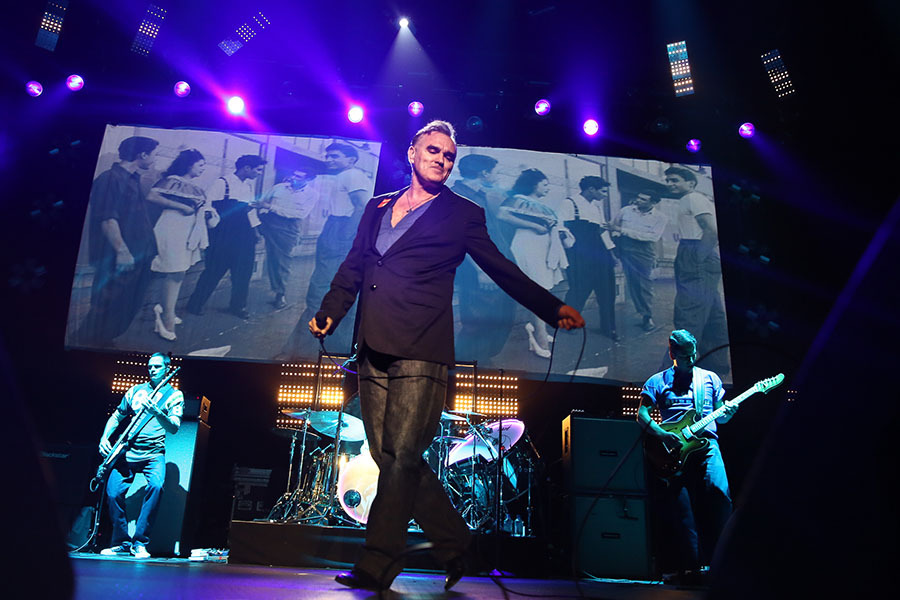 Following the wildfires in and around Gatlinburg, Tennessee that erupted last week and are still being fully extinguished, Dolly Parton announced the My People Fund, an effort to aid those who have lost loved ones or property due to the natural disaster. So far, an estimated 14 people have been killed, 136 seriously injured, and over 1,600 structures have been compromised or destroyed in the last week, including minor structures on the outskirts of Dollywood. Dolly promises to provide $1,000 a month for six months to all families who have lost their homes to help them get back on their feet. At this time, it’s estimated that over 14,000 area residents have been displaced due to the fire. (Rolling Stone) As the 2016 presidential race heats up, America’s most important […]

In wake of the Paris terrorist attacks last late Friday […]